How do you choose between the different types of air conditioners currently on the market? All types of air conditioners perform pretty much the same way, similar to how a refrigerator works, by sucking the warm air out of the room, passing it over pipes filled with chemicals (refrigerant) that chill the air, pumping the chilled air back into the room and the warm air dissipates to the outside. A by-product of this process is condensation, which has to be disposed of somehow.

What is the window air conditioner? As the name suggests, these ac units are fitted into window openings and are suitable for cooling one room. These are probably the least expensive type of fixed unit and the fitting of them is fairly simple, but not for the average DIY enthusiast. To work efficiently they need to be sealed in place to prevent air leakage. Your electrician may be able to install the unit but you should check that they are fully licensed before carrying out any modifications to the power supply.

Downside: They do drip water and can take up valuable daylight and ventilation space.

Domestic air conditioning is usually considered in terms of individual rooms so what is the central air conditioner, and where would you use one?

The main components of the ac unit are situated in a cabinet outside the building, either on the roof or on a concrete slab at ground level. A series of ducts run from here to the rooms inside the building. Each room can be individually controlled and can be heated or cooled.

There are advantages to using such a system. They are more efficient than those that treat individual rooms, quieter and easier to maintain as all parts are in one place. However, space is needed externally to site the units and this will not suit many locations. As the system requires ducting throughout the building, it is best suited to new-builds.

There are several types of indoor air conditioners that do not require an experienced electrician or specialist installation knowledge, you simply plug them in and off you go. The advantage of these units is that they are portable, so can cool your living room during the day and your bedroom at night. However, they do need to vent to the outside air and this is usually done via a flexible hose that can be passed through a window or patio door.

Most units are self-evaporating now but some have a condensate reservoir that requires emptying on a daily basis.

These operate in the same way as window ac units but they require a hole in the wall to pass the ventilation duct through. A competent contractor should be called in to form this hole, which will obviously have to be on an outside wall, as there may be wiring and insulation to deal with. Also, you need a tight fit for the duct, neatly finished on the outside.

If the unit is not floor mounted then some form of support will be required from the wall. Again, this is a specialist operation and will be dependent on the wall construction.

What is a split system air conditioner? Where the central ac system has all main components in one place and a system of ducts throughout the house, split system units have the evaporator on the inside (usually wall or ceiling mounted) and the condenser on the outside, connected via a small diameter tube containing refrigerant.

Several internal evaporators can be connected to one condenser, making it a multi-zone installation similar to the central system.

The external condenser can be quite unsightly and usually will need some type of wall support if it cannot be floor mounted.

PTAC’s are larger versions of through-the-wall units, where the compressor both cools and heats as required. Usually seen in hotels, these are not suitable for average domestic situations. However, if you have a large space to cool or heat, these may be worthy of consideration.

Swamp coolers use an entirely different method of cooling, relying on air passing over wet pads. They are available in similar forms to conventional ac units; either cooling individual rooms or connected to ductwork to cool several. They can be fixed or mobile, but the latter is not as efficient.

They are more economical to run than air conditioning systems, using less energy. However, swamp coolers require more maintenance and regular cleaning and do not work in areas of high humidity.

Using entirely different technology, geothermal heating and cooling are ecologically the best, not relying on any fossil fuel other than to power a fan. It is comprised of a series of pipes buried 4 to 6 feet below the ground and an indoor handling unit that contains a heat exchanger.

Because the ground temperature is virtually the same all year round at this depth, during the wintertime the fluid in the pipes absorbs the heat from the earth and carries it indoors to the handling unit where it is compressed to raise the temperature further before distributing it around the house. In the summertime, heat from the house is taken out through the handling unit to dissipate into the ground through the pipes.

It all sounds too perfect, virtually free energy to heat and cool the home, but there are several disadvantages. First of all, the cost. Without Government grants, the initial outlay is typically around £13,000 or A$25,000, and the estimated payback period (the time taken for the system to pay for itself through energy savings) is anything from 20 to 50 years, so the person who installs it rarely ever sees any “free” energy.

Secondly, you do need plenty of outside space to install the pipework.

Things to Consider Before Purchasing a New Air Conditioner

1. Get a Professional Contractor

Any air conditioning installation requiring builders work should be carried out by a competent contractor. As there is wiring involved, a fully licensed electrician should be used to make the connection to your mains electricity.

It is possible to buy ac units online but unless you feel competent to do it yourself, the market is restricted to portable types. Leave the buying to your contractor if you are not absolutely sure of what you are doing.

Choosing the correct size is important in determining the efficiency of the unit. Too large and it will short cycle, too small and it will run continuously just to keep up.

You need to know the estimated load (usually calculated in BTU or kW) before choosing an ac unit. There are many load calculators available on the Internet, which uses the number of windows, other heat-producing equipment, occupancy level and size of the room (amongst other things) as determining factors, but unless you really do know what you are talking about, this is best left up to your contractor.

The seasonal energy efficiency ratio (SEER) is a measure of the energy required to provide a specific cooling output. Many older ac units have a SEER rating of less than 6, whereas modern units are around 14 to 18 or more. The better SEER rating is not a guarantee of cost savings but it does provide a higher comfort level.

Any ac unit with a SEER rating of 16 or more is considered high efficiency.

All systems require maintenance, some more than others. This can be anything from cleaning filters to replacing parts. Always consider the need to access the units in order to carry out maintenance and ask “can I do that easily or do I need to get someone in?”

You will generally get a better price off-season but better deals are often found by looking at “last years model” rather than the latest. That aside, it is better to get your installation up and running before the cooling season to iron out any bugs. The last thing you want is to find that, in the high season, your system packs up due to other issues like the electrical load.

There are many types of room air conditioners and the choice depends on your budget and the climate you live in. In a location where temperatures rarely get above 20C for long periods, a simple portable type should suffice but if you constantly need to cool the air down, you really need a permanent installation. Remember also, a good ac installation can also warm the room temperature if needed!

Your electrician may be able to install simple systems like a window ac unit, but for anything larger your first port of call should be a professional HVAC contractor.

Why choose our types of Air Conditioners over the competition?

At EMJ Electrical we are not your every day Electrical Services company. As a family owned and operated business we value the same things you do. That is exactly why quality, service and value are at the heart of everything we do.

We listen to our customers

We understand that communication is the key to success 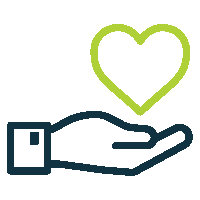 We care about your projects, as if they were our own

We build to last

We don’t cut corners and instead, deliver on the highest quality standards

We work within budget

We are committed to delivering affordable electrical services

Exceptional quality, without breaking the bank

Value and outstanding workmanship have been our main focus since day one. It is our careful planning, strict safety policies and industry-first experience that enable our teams to execute all your projects in the most efficient manner and within budget.

At EJM, we believe our core strength and point of difference is our people. That is why we take pride in our strict selection process which guarantees you get to work with the best industry recognised and qualified professionals the Adelaide market has to offer.

During our recruitment process, we make sure our new staff members all share the same passion for turning our customer’s projects into success stories.